The good news is that I do not plan on raising the pricing of the brass I reform and sell and I have no plan to stop making it. I charge $2 per piece of WSSM brass formed from previously fired WSM cases and $2.30 per piece of WSSM brass formed from new WSM brass. The price difference between new and previously fired is because the new pieces cost me more! If you have WSM brass that you would like reformed - new or fired - I will form it for $1 per piece. To see our inventory click HERE.

To date I have formed over 6000 pieces of WSM brass to WSSM brass. Feedback has been excellent - just look around the internet and you won't find any negative comments about the brass that I make - and the forums are the first place guys will go to to air frustrations. In fact, people are getting more reloads out of my brass than they are from factory WSSM cases - I believe this may be from the fact that I anneal the cases and I don't know if Winchester does that or not.

I get one or two phone calls a week from guys who have bought a new rifle in a WSSM caliber that they got a great deal on and whoever sold it to them neglected to mention the scarcity of ammo or brass to shoot in it. I get a lot of satisfaction telling them not all hope is lost! I also get great satisfaction seeing photos of game people have taken with my brass - many hogs have gone down this spring, and some exotics over this past winter. Another highlight for me was from Brady Smith AKA the D.I.Y. Hunter (www.thediyhunter.com / www.243wssm.com) who made a video of himself shooting a steel plate at 1200 yards with brass I had formed for him to 243 WSSM - video below.

Brady Smith shooting our reformed 243 WSSM brass out to 1200 yards!

If you have any questions or would like to place an order please don't hesitate to give me a call - phone number below. I look forward to speaking with you and feeding your hungry WSSM rifle! 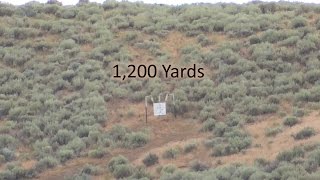